Christians, secularists and gay rights activists battled the rain as well as the law yesterday to protest outside parliament to reform Section 5 of the 1986 Public Order Act. 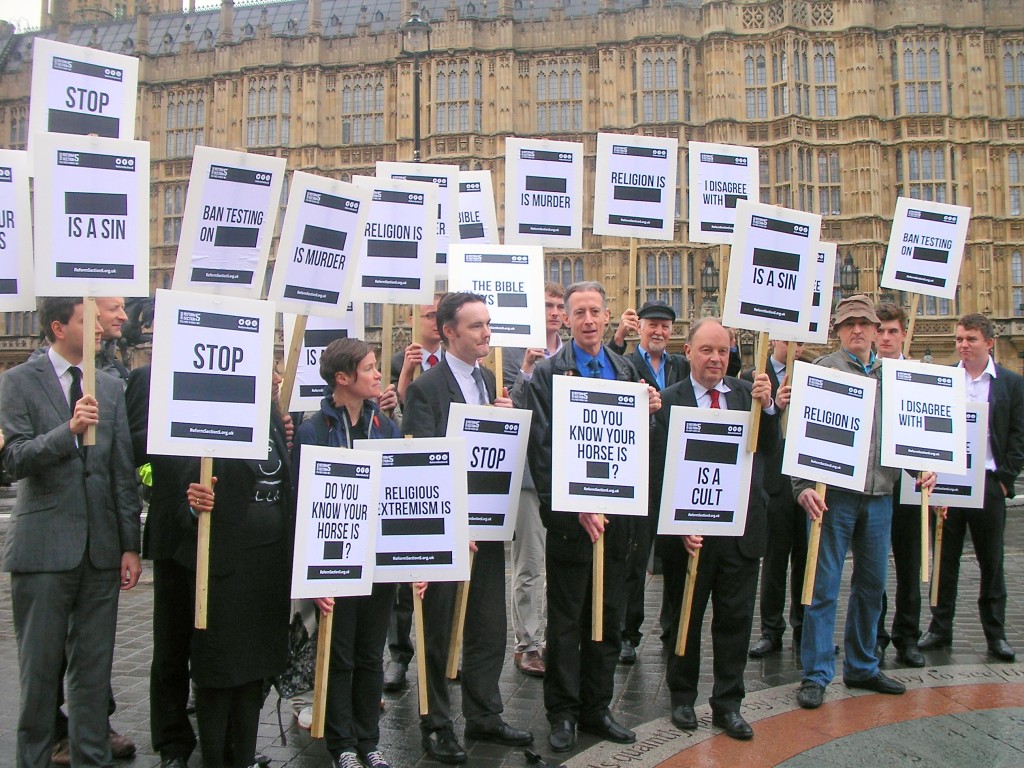 The determined crowd carried black and white placards printed with phrases. Each statement duplicated an “insult”, for which members of the public have already been arrested under the excessively restrictive terms of Section 5.

To prevent any danger of repeat prosecutions, and to illustrate visually, the ludicrous level of censorship which the act hands to the government, police, and judges, the offending words were blacked out on the protesters’ signs.

Gay rights campaigner Peter Tatchell embraced Keith Porteous Wood of the National Secular Society and Simon Calvert of the Christian Institute, to demonstrate the remarkable unity amongst secular and non-secular groups, and across the political spectrum, forged by this campaign for free speech.

“The diversity of the protest group cannot be understated; we had Christians, secularists, libertarians, conservatives, liberals and everyone in between. We are all united by a common commitment to freedom of speech and a common concern that this government is missing an opportunity to do the right thing and reform this bad law.”
Afterwards, Mr Tatchell, Director of the human rights advocacy organisation, The Peter Tatchell Foundation, described the circumstances of his own arrest under Section 5:

“In 1994, I was prosecuted under Section 5 for displaying a placard that condemned the Islamist extremists of Hizb ut Tahrir who had advocated the murder of LGBT people and Islamist governments like Iran and Saudi Arabia that have the death penalty for homosexuality. My placard read: ‘Islam Nazis behead & burn queers.’”

As MPs prepare to return to parliament next week, the Home Office will come under increasing pressure from the fast-growing Reform Section 5 Campaign to produce their response to a public consultation on police powers to promote and maintain public order. A part of the consultation dealt specifically with reform to Section 5. 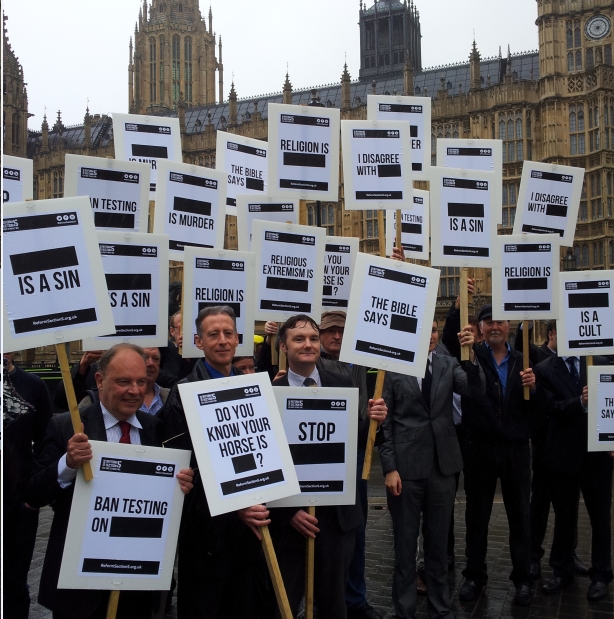 The results of the consultation, which closed on 13th January, were originally due in April, and have now been delayed a second time until at least the end of November. This is despite the fact that the government has already exceeded its own official deadline of six months to respond to consultations.
As Mr Tatchell himself explained,

“David Cameron should announce legislation to reform Section 5 of the Public Order Act. The public consultation closed in January and the government was due to announce its decision in April. We are still waiting. We believe that a majority of submissions to the consultation support a change in the law,”
Leaders of the campaign are greatly concerned that Section 5, which outlaws “insulting words or behaviour”, is detrimental to our ability to engage in open debate in a democratic society, and has even been used as a mask to discriminate against particular groups. For instance, the act has been used to arrest a significant number of street preachers.

RS5 campaigners are baffled why a common sense issue with such wide-ranging support should cause the Home Office such consternation, and have vowed to continue to draw attention to the cause until the government finally responds. A recent poll demonstrated that 62% of MPs are in favour of revoking “insulting words or behaviour” from Section 5 of the Public Order Act, and the campaign has gained the support of people from across the political spectrum. It is fully expected that the consultation will demonstrate that the general public is also in favour of reform.